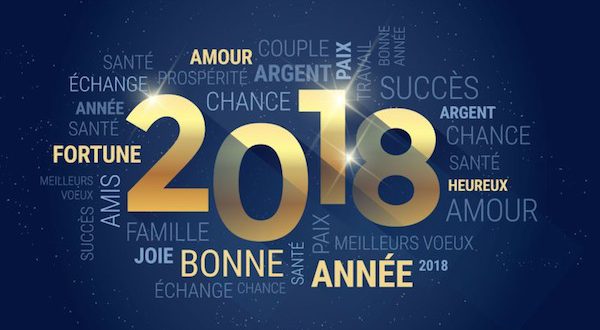 You celebrate the new year but be aware that you have a chance to celebrate it with me to the emergency room. Because this year, I’m on call the 30th, 31st and 1st ! And you know what it’s like an emergency service during the holiday season ? Yes you know.

This weekend, you love them or you love them less. It is special, it smells like the end of the year, everything flies away. The crowd remains the same, sometimes more, sometimes less. Those that we were expecting will not come. However, if heavier it will be. (Yoda ?)

Emergency saturated for the new year

We hate this period because we know already that the services are saturated and hospitalizations are increasing. There was no place, it transfers to other hospitals, sometimes very far away. We enquiquine the services of the floors because ” er ” has decided to make accommodations. In fact, it has no choice, if we had, we would not do it. But we say that it is hard for us for several weeks, and for once, they can help us to unblock… This is the only time of the year where we ask for at this point. Of the time it’s not, it mouth.

The flu to the er, a plague

The flu has made a nice score this year. She arrived early, too early. It was severe, some were hospitalized, others are passed on as csr. It was not too liked that one. We also saw a lot of prevention on the flu, a lot of information on the flu. It has often been asked not to come to the emergency room for your flu. Your doctor is your friend. Okay, on the last week he is away on holiday. It will be well deserved too… And some no longer take new patients so what to do ? We are still smiling and we say that we are, we stayed home with us when we had a flu. The soup, paracetamol and bed. Ah but wait, I’m not a super hero, who am I for pretending to be better than to know that others. Still, I’ve seen lots of flu this year.

For younger children, you were told to pay attention to the new year. Otherwise we might see you in lying on a stretcher. Well, the message did not have to go there, either. We will have our small batch of youngster in a diaper, décuvant, comatant. Some just stuffed to 1 gram, but the friends didn’t know what to do so had decided to call the fire department. Ah, you’re disgusted the young to be here ? I understand you. Or the girl who after having insulted everyone (yes because we are there for something of your current status), who has vomited all over it and we had to wash them without saying anything. And then you wake up, give a dose of mocking : “you are who in order to keep me, this is not my house here, they will not keep me still, you are crazy” . I have the impression that you fall into your crises of adolescence in these times. The day you understand that we will not let you out until you have not enabled to avoid driving or mowing at the exit of the hospital. We will say who is at fault if this were to happen ? Come on, we all know where your eyes are going to at this moment.

Sometimes you intube so the alcohol had to flowing. Pity girl, this new year’s eve you will remember not so much and you will wake up in 2018 at a different hospital (due to lack of space here, too). We care about you and avoids you noyiez even more.

It’s not so fast to the emergency room…

We will also remember that the er is the emergency room. The order of priority remains the current status of the health of the one who arrives and then the time of arrival. So yes, some will still in front of you… Yes to the emergency room, we expect. A little lady for whom it was the first time I made the note : “for me this is the first time, it is like this the emergency ? Why I still wait ? Why I can’t see the doctor “. We explained to him, I swear, but it was certainly poorly done. Because even if it was 40 minutes it had arrived, we again asked three times for clarification. Good, necessarily, on the end, to be told that well, yes, er this is not fast food. It doesn’t happen like that, we don’t see the doctor like that and it will not restart like that. Otherwise, one takes appointment with the doctor but that is a different debate.

Sometimes, we save a life…

Finally, we will begin the year with a massage. Not the one that we can think of to relax after the holidays. I speak here of the cardiac massage. The first of the year, the one which reacted to all the world, the one that hushes all the world, the one that you look away and say : “my God, this is horrible, you have it often ?” . I’ve noticed that like last year and two years ago, I always had the first cardiac massage of the year. I do not know if this is a sign or… Ah yes, good news, we was able to recover the little lady can take advantage of this new year.

So I was delighted to pass these end of year celebrations with you and I wish you the best for the future !